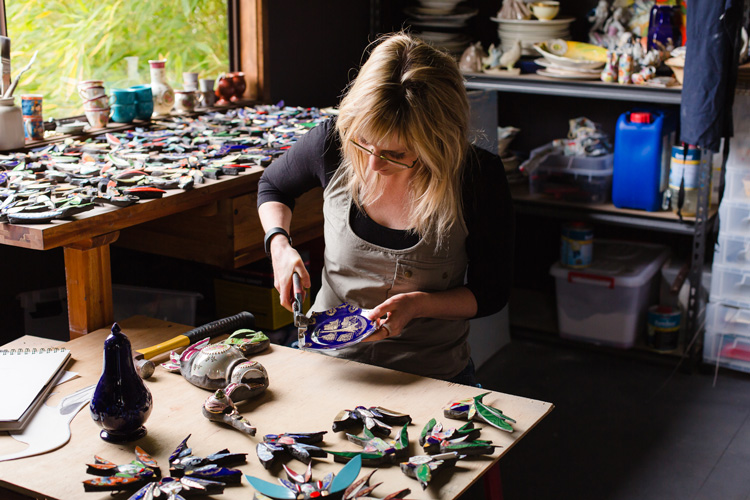 Jessie Yvette Journoud-Ryan's sculptural use of repurposed ceramics and vintage crockery draws from of a decade of Fine Arts training in Melbourne, an education at a National Ceramics School in France, including a studio tenancy at Burrinja in the Dandenong Ranges.

Jessie commenced her Fine Art studies at a National ceramic school in Burgundy. During this time, she completed an internship in the South of France, working in an established ceramicist’s studio, where she was inspired by the art of Trompe l’œil. In Australia, she pursued university Fine Art studies in Melbourne and was awarded with the Monash University Faculty of Art and Design Research Masters Scholarship. Over her career in Australia, Jessie has been involved in numerous art initiatives and has been the recipient of several prizes and awards, including the Acquisitive Prize for the 2017 Burrinja Climate Change Biennale.